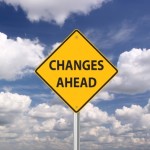 Its a new year with new changes for home loans. It seems that 2014 will be bringing changes in loan requirements, some of which are already in place by lenders. These changes to the guidelines are being put into place by The Consumer Financial Protection Bureau’s Qualified Mortgage (QM for short). The purpose of the guidelines is to avoid borrowing disasters and to let lenders know that borrowers have the ability to repay the loan given.

Lenders have a huge incentive to follow the QM guidelines. If a mortgage doesn't meet the guidelines, the lender will have to hold the loan instead of selling to Fannie Mae or Freddie Mac.

Potentially, QM requirements may have lower loan limits for conventional loans. The Federal Housing Finance Agency has delayed is normal adjustment of loan limits from January 1st. The adjustment for 2014 has not yet been announced. They are waiting to see the impact that the new QM guidelines have on the housing industry.

More changes to the loan approval process are expected but some of the specifics may not be announced until later in the year.